What makes a food super? 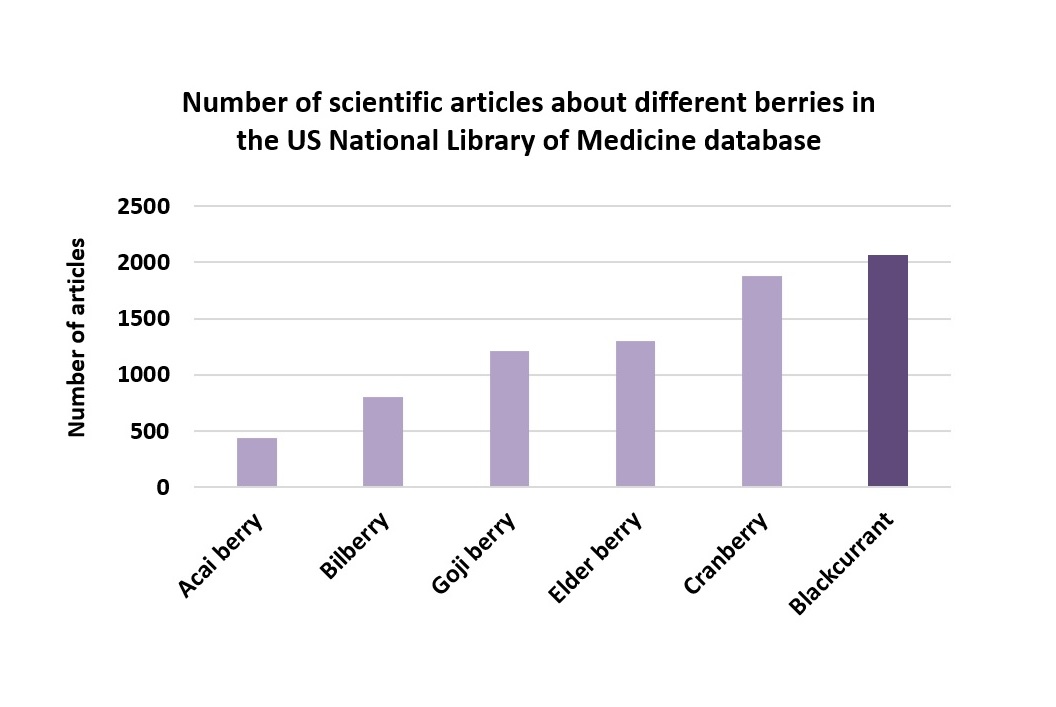 When choosing food to include on our shopping list we are often attracted by a claim that a particular item is a “superfood”.  It is important to understand that while we are all looking for foods that really are “super”, the term “superfood” is a marketing term and not a scientific term.  Marketers generally use this term to describe a food that has a remarkably high level of one or more nutrients.

A better way to decide if a particular berry is really “super” is to determine how much scientific research has been undertaken on that berry.  The United States National Institutes of Health (NIH) collate all the global scientific health research publications in a National Library of Medicine database searchable here.  Very surprisingly when this database is searched for the number of scientific publications about different berries a berry that is not often thought of as a “superfood”, blackcurrant, is revealed as having more scientific publications about it than any other so called “superfood” berry such as bilberries, acai, goji, elder and even cranberries.

The amount of scientific research that has been undertaken on blackcurrants really does make them worthy of being called a “superfood”.